How can we pray at every moment of the day?

Setting aside time to pray is necessary for living a Christian life. It is also important that our prayer time is not disconnected from the rest of our day. Growing in our relationship with Christ means growing in our prayer life. This means that we should be aware of God’s presence with us throughout every moment of daily life, wherever we are and whatever we are doing. Here, Fr. Mike introduces the three steps recommended by St. Francis de Sales for how to pray: ask, offer, and accept. These three steps are easy to remember and can be integrated into our daily schedules. This lesson will be hopeful and encouraging for those who might want to go deeper in their prayer life but think that it is too complicated or that they don’t have time. 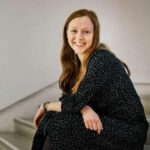 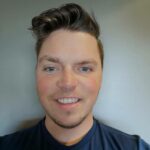 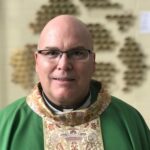 Fr. Thom Blondin was raised in LaSalle just outside of Windsor, ON. After attending St. Peter Seminary for 8 years he was ordained a priest for the Diocese of London May 2nd 1992. His first appointment was at St. Gregory the Great church (Good Shepherd Parish) as an associate and he remained there until 1996(while at St. Gregory Fr. Thom was instrumental in promoting and building the Youth Action Centre). From there he was appointed associate at St. Michael Parish in London. In 1997 he moved to St. Patrick Parish in Lucan as Pastor followed by St. John Vianney Parish from 2002 to 2013. Prior to leaving St. John Vianney, Fr. Thom made a spiritual pilgrimage in Spain, to mark the Year of the Priest, and traversed the Camino de Santiago and hiked 850 km. He was then appointed as Pastor in his hometown of Lasalle at Sacred Heart Parish until he moved to Strathroy in 2017. He is now the pastor of All Saints, Strathroy, St. Charles Garnier, Glencoe, and Sacred Heart, Delaware 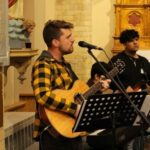 Online gatherings are open to those in high school and beyond, parents are also welcome!

You can register online to get access to the event online. Through the online event you’ll be able to participate in Q&A and engage with the hosts.

We will send you confirmation emails/reminder with the link to access the event online.

These lessons range from core questions about the Catholic Faith to practical issues on Christian discipleship. Each lesson includes objectives, opening and closing prayers with Scripture, an outline of Fr. Mike’s presentation, objective and subjective discussion questions (with in-depth leader commentary), activity ideas, and journal prompts. Quick Catholic Lessons with Fr. Mike has been designed to work in both parish and school settings and to engage both teens and adults.

Pure Life Ministry’s gatherings are for those in high-school and beyond, parents are also welcome to attend.

Pure Life gatherings are a series of intentionally planned events providing; ongoing relevant formation for a deepened understanding of Catholicism and Christian living; practical tools for a strengthened approach to evangelization; individual opportunities for a renewed encounter with Jesus Christ through Eucharistic Adoration and confession/spiritual direction; and active communities for encouraged connection with others.