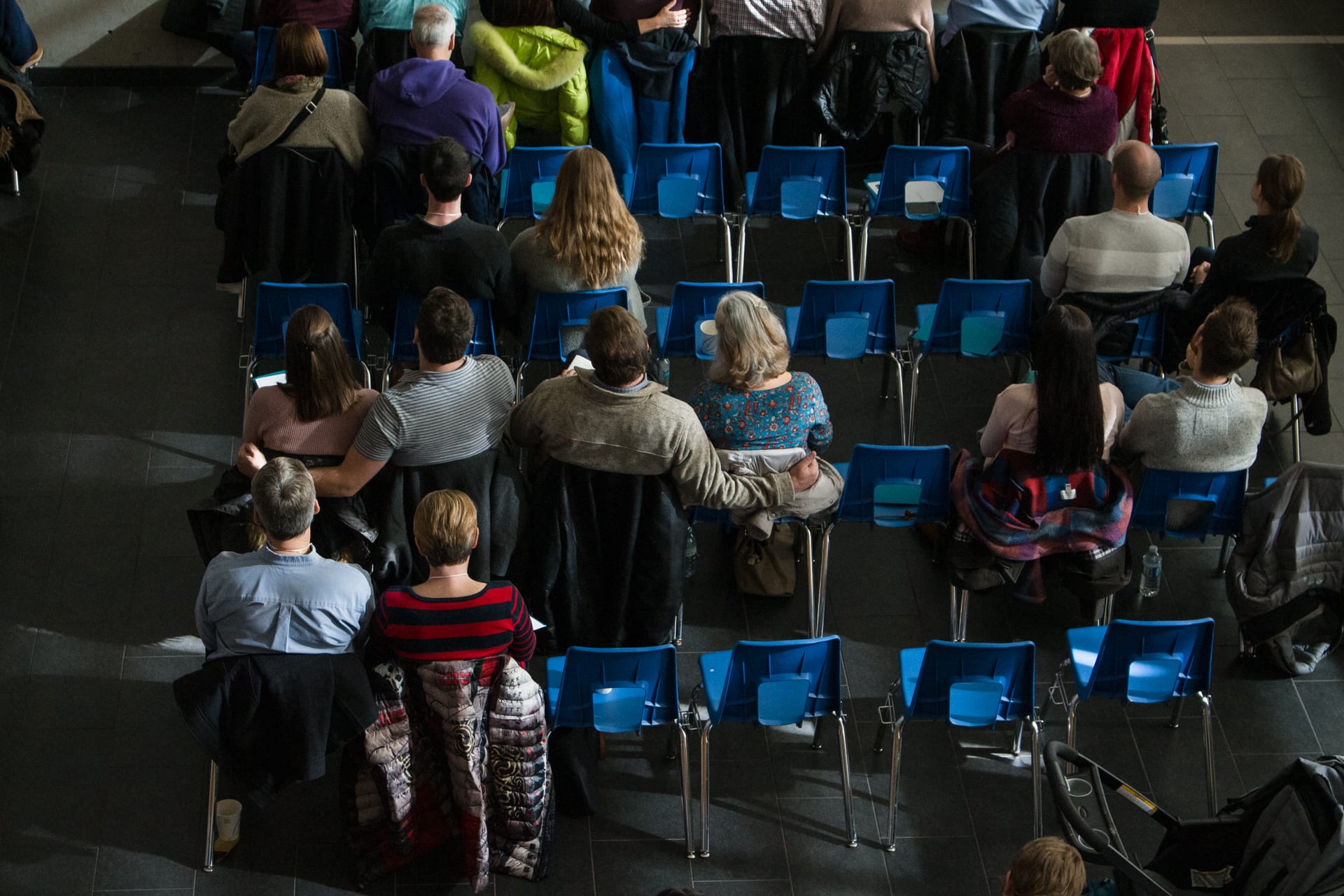 “We are not experts,” Debbie humbly explained, “what we want to share today comes from lived experience.” Debbie and Peter Herbeck have been married for 33 years, they have four children and seven grandchildren, and they live in Ann Arbor, Michigan.

Their two talks were personal and honest in tone; detailing their journey in marriage and drawing from scripture and the saints to illustrate their understanding of the sacrament in today’s culture. They describe themselves as an unlikely match, coming from different religious backgrounds and different family settings, but the pair were by all means a dynamic duo on stage. Taking turns to speak, they each presented their experience in marriage and their understanding of the challenges that they have faced.

“We want everyone to walk away from this day feeling encouraged, equipped” said Debbie at the start of their talk.
Over 200 people attended the conference, of which the majority were couples ranging in age from early twenties to early seventies. Held at St. André Bessette Catholic Secondary School, the conference included Holy Mass, and two talks broken up by refreshments and a hot lunch.

Peter illustrated our present reality framed between the two comings of Christ; the first at His birth, the second at Last Judgement. He explained that as humans we have an understanding of God’s desire for us. “Time of the spirit, and of witness” referring to baptism. The pair explained that at the centre of marriage is the life, presence, and power of the Holy Spirit. They encouraged all present to not be afraid to look at the world and your situation with total honesty.

The talks contained strong scriptural content as well as references to the Popes and saints – specifically “The final confrontation” stated by Pope John Paul II. They identify our time as a particular time of intense confrontation. Where faith is in danger of dying out as Pope Benedict XVI wrote we see “humanity pushing God from the horizon”.

As the family goes, so the faith goes.Peter Herbeck

The final battle will be around marriage and the family because it is such a decisive issue. Humanity is losing its bearings and as leaders of families, married couples need to have an idea of what is going on. Why are these things under attack? Peter explained, “as the family goes, so goes the faith”. As the family get’s deconstructed the faith goes with it; because marriage, the husband and wife, are an image God. The church and the family are the two institutions that God instituted himself. These are the two institutions that are directly targeted by evil.

Growing up Peter explains that their whole life revolved around the church, they lived at a time when Sunday was reserved as holy day. Shops were closed, things were shut down because the society had inherited an understanding about the Lord’s day. The way of life of a people, the culture, expresses what we truly value. Both speaker’s stressed the importance of strong marriages in today’s culture.

Debbie and Peter closed with a message of hope. By the Grace of God and the communion of saints, the family will always stand in the way of evil. With an understanding of marriage and the family as illustrated by the Herbeck’s scriptural analogies, there is a great amount of joy to be found in the Gospel and the family values as exemplified by Jesus Christ. The couple offered practical tips in closing, things like daily prayer, regular family events, working together as a couple on things like finances and home management, and getting involved with the parish.

Forging a Strong Marriage in the World Today – Part 1

Forging a Strong Marriage in the World Today – Part 2